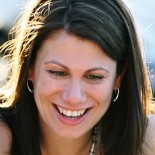 Are the New Seven Wonders of the World Truly That Wonderful? Part 1

Run by the New7Wonders Foundation, the campaign was not without controversy and was criticized as unscientific with multiple votes capable of being cast and even UNESCO eventually took a step back from the campaign.

This entry was posted on May 11, 2012 by IndianaJo in Inspiration and tagged chichen itza, christ the redeemer, machu picchu, New Seven Wonders of the World.